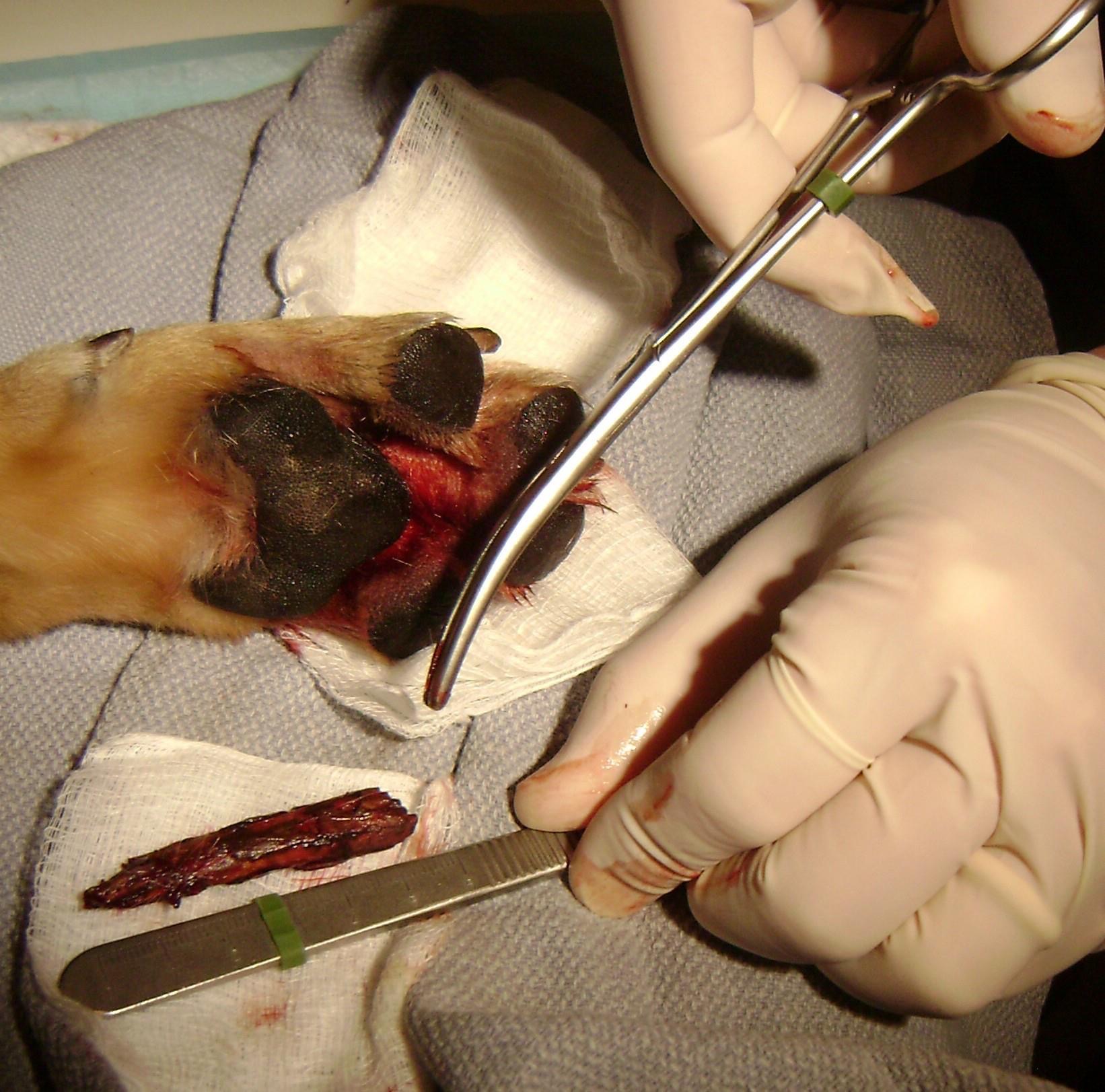 The Mouse and the Lion

The Mouse and the Lion – Aesop’s Tale

When we were growing up, most of us heard or read Aesop’s tale of The Mouse and the Lion.  Versions of the story vary between a man (Androcles) or a mouse pulling a thorn from a Lion’s paw.  The lion is in such pain that he goes to extremes to take care of the mouse after the thorn is removed.  In veterinary medicine, sometimes we get to play the role of the mouse.

Once upon a time, we had Lexi, a mix breed dog, present to us with a bleeding paw after running in a field.  After a brief exam it was determined there was a wound on the underside of her paw.  During the examination of the paw we found a stick lodged in her paw.  The stick was so long it was pushing up on the skin on top of her foot, just short of going completely through.  Due to her high level of discomfort, Lexi was anesthetized to remove the stick.  Using forceps, Dr Barta carefully removed the stick via the entrance wound.  The stick was a half centimeter in diameter and 5 centimeters long (about the same length as a pink eraser).

Lexi’s wound was thoroughly cleaned, flushed and treated with cold laser therapy.  She was sent home with a bandage on her paw, oral antibiotics and pain medication.  After only 6 days of wearing her bandage the wound looked great and the bandage was no longer needed.

Our second lion in our series is Duke.  While Duke was visiting family he began limping on his right rear leg.  His owner thought he could feel a stick in his paw.  During the exam we found a wound on the underside of the paw.  Unlike the stick in Lexi’s paw, this object was thin enough to move – making isolation difficult.  Using a local anesthetic, Dr Barta was able to make a small incision and pull a thorn out.  The thorn was about an inch long, but very slender.  Duke went home with antibiotics and recovered well.

It is not often that veterinary medicine can be compared to a classic fable, but in these cases, we were able to play “hero” and save the day.  Our patients felt the relief of the thorn being removed just as the lion did.  They may not feel the same affection towards us as the lion felt toward the mouse but seeing our patients leave our office feeling better is all we can ask for!